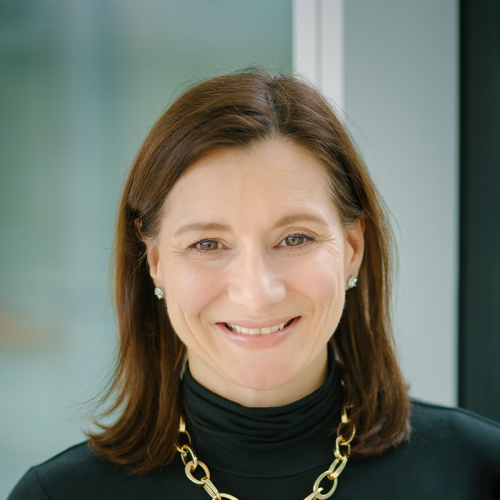 President and CEO of the CHU Sainte-Justine Foundation, Ms. Maud Cohen is an Engineer (École Polytechnique de Montréal - 1996), holds an MBA (HÉC Montréal - 2004) and is a Certified Director (Institute of Corporate Directors and University Laval - 2012).

As a skilled and experienced manager, Ms. Cohen quickly made her mark within Walsh Automation, Invensys, CGI, the Ordre des Ingénieurs du Québec and various boards of directors by displaying her determination, leadership and rigor. Currently, she has more than 20 years of experience in the business community and 11 on numerous boards. This exceptional professional career enabled her to develop an excellent understanding of strategic, financial, operational and governance issues within organizations.

Driven by a great ideal, Ms. Cohen is involved in a number of causes, among them as Director in 2004 at the Ordre des ingénieurs du Québec, of which she is a member since 1998. She became Vice-President of Professional Affairs in 2006 and then First Vice-President of Finance and Treasurer from 2007 to 2009. In June 2009, at the age of 37, she was the third woman elected president and spokesperson for the organization, a position she occupied until June 2012. This same ideal, led her today to work actively to transform Quebec mothers and children’s lives, within one of the most prestigious Quebec foundations, the CHU Sainte-Justine Foundation.

In 2010, Ms. Cohen is listed among the "100 Women Leaders of the Future" by Entreprendre Magazine. In 2011, she was awarded the Special Jury Award in the category Executive, Manager or Professional in Private Company of the Quebec Women's Business Network. Furthermore, for her commitment to the profession, she was named Fellow Engineers Canada (FIC) in 2012.