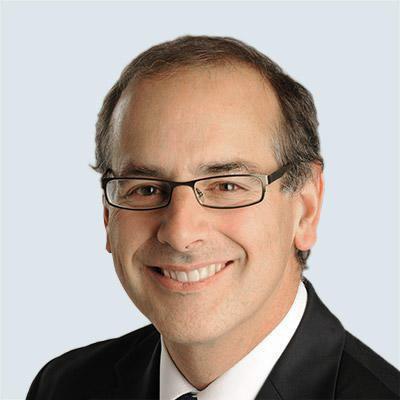 Claude Bergeron oversees the Risk Management group and Depositor Relations team. The Risk Management group is responsible for monitoring, measuring and analyzing risk at CDPQ, and plays an active role in all management processes. It also promotes a risk culture within the institution by focusing on specialized expertise in CDPQ’s investment areas and applying the tools developed to identify risks. The Depositor Relations team manages all activities related to depositors, including the advisory role and investment policy frameworks. Co-Chair of the Investment-Risk Committee, Mr. Bergeron sits on the Executive Committee. He is also Chairman of the Board of Otéra Capital.

At CDPQ since 1988, Mr. Bergeron has been responsible for managing risk since 2009, first as Acting Chief Risk Officer and later as Chief Risk Officer. Under his leadership, CDPQ put in place an extensive program to strengthen its risk management practices. Mr. Bergeron was instrumental in developing the plan to restructure third-party asset-backed commercial paper (ABCP).

In 2009, Mr. Bergeron completed an international MBA program, specializing in financial services and insurance, co-administered by two renowned universities, the Vlerick Leuven Gent Management School, in Belgium, and the University of St. Gallen, in Switzerland. He also has a degree in business administration from HEC Montréal and studied accounting at the Université du Québec à Montréal. He holds a law degree from the Université de Montréal and is a member of the Barreau du Québec and the Canadian Bar Association.

Previously in charge of CDPQ’s Legal Affairs and Secretariat, he played a lead role in a number of domestic and international files and major investments, giving him extensive knowledge of the public and private sectors. He was also assigned various mandates and functions for the investment sectors, subsidiaries and general services.

Mr. Bergeron regularly speaks at international events about risk management. He was presented with the Canadian General Counsel of the Year Award in 2009 and, in 2007, received the Commerce-ZSA Québec Lifetime Achievement Award. He has been a member of several corporate Boards of Directors, including those of Noverco and Quebecor Media.